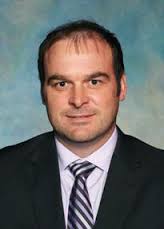 I was born in Subiaco in Western Australia and at a young age moved to the coastal town of Victor Harbour in South Australia. After completing my junior schooling at the local primary school, we moved to the Adelaide Hills and settled in Birdwood where I completed the rest of my primary and secondary schooling. As the only child, I was very fortunate to have a number of families who assisted in nurturing my development and I am an example of the Igbo and Yoruba (Nigeria) proverb, "that it takes a village to raise a child".

After completing my secondary schooling, I experienced the real world and made the most of different employment opportunities that were presented, from being a labourer in market gardens to deckhand on the Murray Princess to stacking boxes at the end of a bottling line. In the middle of a chilly winter, while picking cauliflowers I had a moment of clarity of wanting to contribute more to the world. A passion to help make a difference in young peoples' lives was ignited in me that day. In 1996, I commenced a Bachelor of Education in Physical Education, specialising in Outdoor Education, at the University of South Australia.

Since graduating in 1999, I have been fortunate to work in Lutheran schools in South Australia and Queensland. In 2000, I began teaching at Unity College in Murray Bridge and fulfilled a number of leadership roles in both curriculum and pastoral care settings. Unity College holds a special place in my heart as my first school as a teacher, but also where I met my amazingly supportive wife Laura, who is also a teacher. After seven years, I felt a calling to serve the St Peters Lutheran College community in Springfield, Queensland, as one of the foundation staff members of a new school. As the College grew and opportunities were presented, I was appointed Deputy Principal to support the development of the College into a P-12 community. In 2012, I returned to the Faith Lutheran College community in the Barossa Valley as Deputy Principal, having previously completed my final year here in an extended pre-service teaching placement.

In 2010-2011, I participated in the Lutheran Education Australia's Leadership Development Program that was a great experience and supported my own personal development. This year, I have recommenced part-time formal study, working towards a Master of Educational Leadership.

Laura and I have two beautiful children, Elijah who is three and Maggie who is one. They continue to amaze us every day as they learn new things and bring joy to our lives. As a family, we love to spend time together exploring the local community and visiting our extended family and friends.

It is a privilege to be called as the next Principal of Victory Lutheran College and I look forward to serving the College and wider community into the future. It is an amazing gift to be part of a Lutheran school that strives for academic excellence and supports individuals to flourish with their God-given talents while promoting a culture of service to their community in the modern global world.